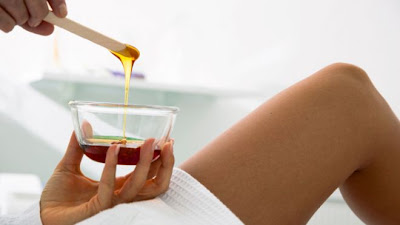 Pubic lice, the crab-shaped insects that have dwelled in human groins since the beginning of history, are disappearing. Doctors say bikini waxing may be the reason.

Waning infestations of the bloodsuckers have been linked by doctors to pubic depilation ... More than 80 percent of college students in the U.S. remove all or some of their pubic hair ... The trend [bikini waxing] suggests an alternative way of stemming one of the globe's most contagious sexually transmitted infections. ...

Clipping, waxing and shaving the groin destroy the optimal habitat of pubic lice. The practice has helped spur sales of depilatory products for companies such as Procter & Gamble Co. and Reckitt Benckiser Group Plc.

"Pubic grooming has led to a severe depletion of crab louse populations," said Ian F. Burgess, a medical entomologist with Insect Research & Development Ltd. in Cambridge, England. "Add to that other aspects of body hair depilation, and you can see an environmental disaster in the making for this species."

Pubic lice, known scientifically as Phthirus pubis, infest about 2 percent to 10 percent of the human population, researchers at East Carolina University said in a 2009 study.

Incidence data aren't kept by the World Health Organization in Geneva because the gray, six-legged, millimeter-long louse doesn't transmit disease, and national authorities such as the Centers for Disease Control and Prevention in Atlanta and U.K.'s Health Protection Agency don't collect the information.

Researchers instead track pubic-lice infestations from surveys and records kept by clinics such as Donovan's, which receives about 35,000 annual patient-visits annually.

"Historically, it's been very difficult to get incidence data on pubic lice simply because people don't like to report it," said Richard Russell, director of medical entomology at Sydney's Westmead Hospital. "In over 40 years, I could count on two hands the number of people who had brought pubic lice in for identification and admitted to knowing what they were."

A 2003 study of sexually transmitted infections in...

Houston Aesthetician Elaina Richardson offers complete waxing services from her Galleria area salon. Using a combination of her own techniques and a superior-quality, hard wax product, both men and women receive personalized attention and a measure of care rarely available elsewhere. Be sure to visit waxinghoustontx.com for more information and to request your appointment.

Waxing Houston TX
My name is Elaina and I'm the owner of WaxWorks Skincare. Our Galleria area salon provides effective waxing services to both men and women. For appointments, visit our website, or call (281) 509-0878 between 9am - 7pm.